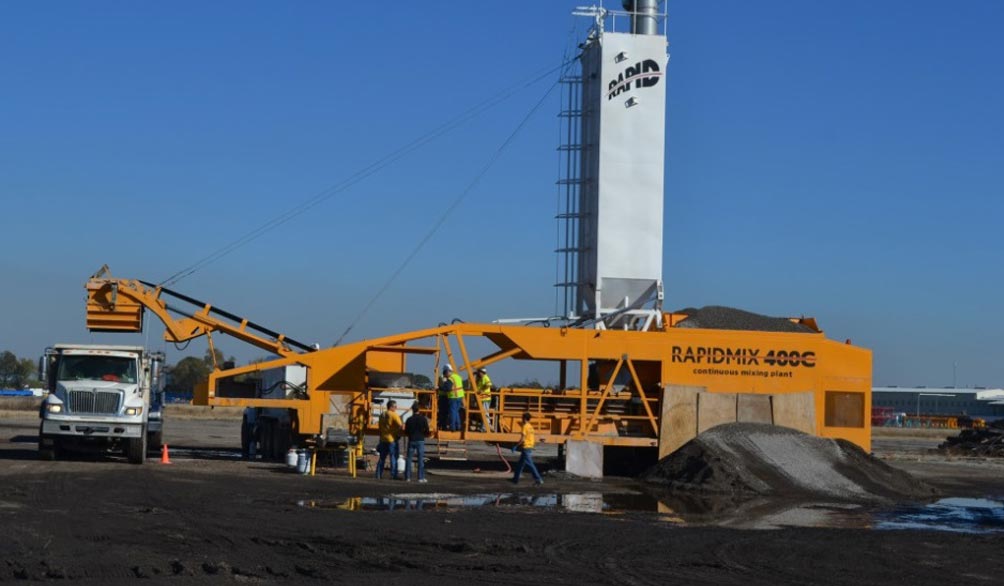 RCC is broadly defined as a stiff, low water concrete that is mixed and placed at a no-slump consistency, then compacted with vibratory rollers. RCC has similar strength properties and consists of the same basic ingredients as conventional concrete—well-graded aggregates, cementitious materials, and water—but has different mixture proportions. The major difference between RCC mixtures and conventional concrete mixtures is that RCC has a higher percentage of fine aggregates, which allows for tight packing and consolidation. RCC is a durable, economical, low-maintenance material for many pavement applications. It has been used for pavements carrying heavy loads in low speed areas because of its relatively coarse surface. However, in recent years its use in commercial areas and for local streets and highways has been increasing.